After 3 days of exhausting travel, Ryan and I slept in and we all took it slow. Egg was restless and headed out to breakfast. Kate did some work. Once I was up, she and I headed out to meet Egg near the Opera House. We went to a nearby cafe for breakfast, where Ryan caught up with us shortly, and then we all went over to the Opera House for a tour. The Vienna Opera House, Wiener Staatsoper, was originally built in the 1860s in the Neo-Renaissance style. The majority of the opera house was destroyed in WWII and had been rebuilt in the 1950s to match the original design. There were a few new sections built in more of a 1950s style. The stage was being set up for Carmen, opening that evening, so we were unable to get a backstage tour. We were able to sit in the theater and see the full extent of the stage and how deep it was, more than 2x the depth of the stage visible during a performance. The stage can drop down, and new sets moved in from the sides and the back. The sets for Carmen were pretty amazing. We also learned about the Opera House Ball held every year, which is open to the public for only 350 Euro. Our tour guide gives tours of the opera house during the summer. During the rest of the year, he is a professor at the university, he’s a medical doctor. The Vienna Opera House stands in stark contrast to the other opera houses we have toured, namely Sydney and Oslo. Both of those houses are very modern, energy efficient, designed to make a statement, be inviting, and complement nicely the natural beauty of their locations.

Big pink rabbit outside of the opera house. No clue on why 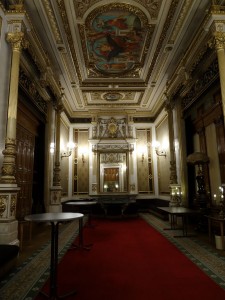 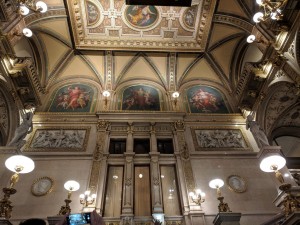 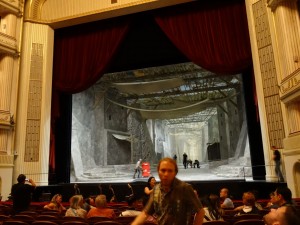 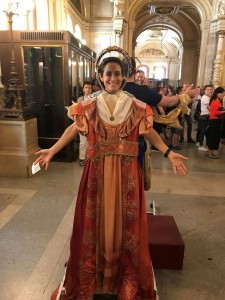 Playing dress up at the Opera House 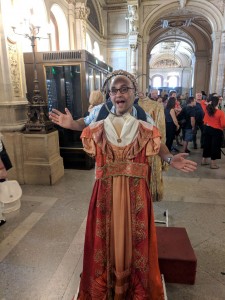 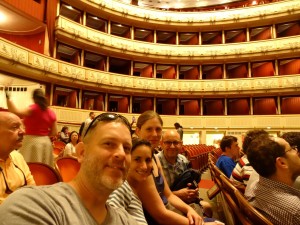 After the tour, we wandered over to and around Belvedere Gardens, enjoying the beautiful weather. From the gardens, there is a nice view of Vienna, though not quite as impressive as it sounded in the tour guides. As we discussed, Vienna doesn’t really have much of a skyline, and the gardens, while at a slightly higher elevation, was not really high enough to get a good view. 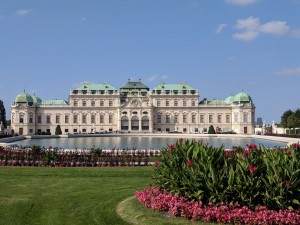 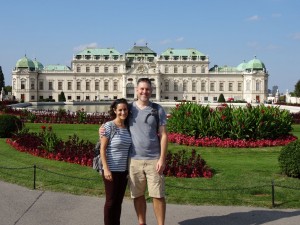 In the botanical gardens Vienna from the Belvedere Gardens 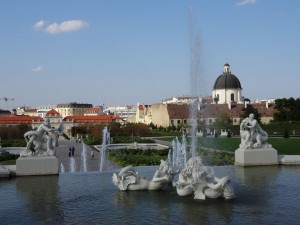 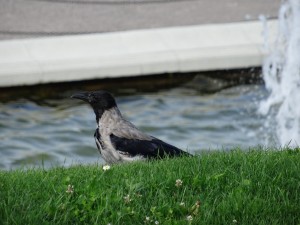 We wandered through the Naschmarkt on the way to dinner. The Naschmarkt is a well known open-air market, containing anything you could want: nuts and dried fruit, meats, cheeses, olives, fish, fresh fruit and veggies, rice and grains, cafes, small tchotchkes, etc. Kate and Egg had gone through the previous day and enjoyed, but the market was closing and there were not too many samples available. Ryan was going to buy a dragon fruit, but the vendor wanted to charge him 20 Euro, so he passed. We have found that there are a lot of bees in Vienna. It was sort of disturbing to see all the bees flying in and around all the dried fruit. We grabbed some dinner at an Egg recommended cafe and headed home for the evening. 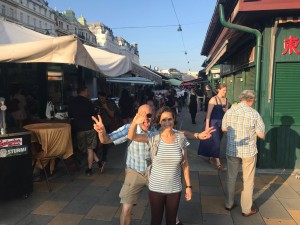 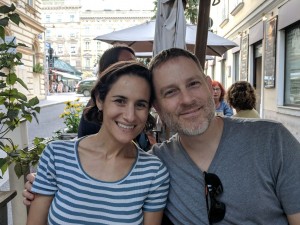 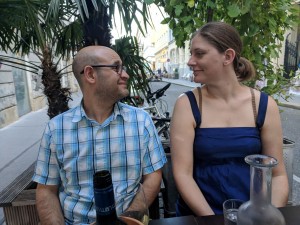